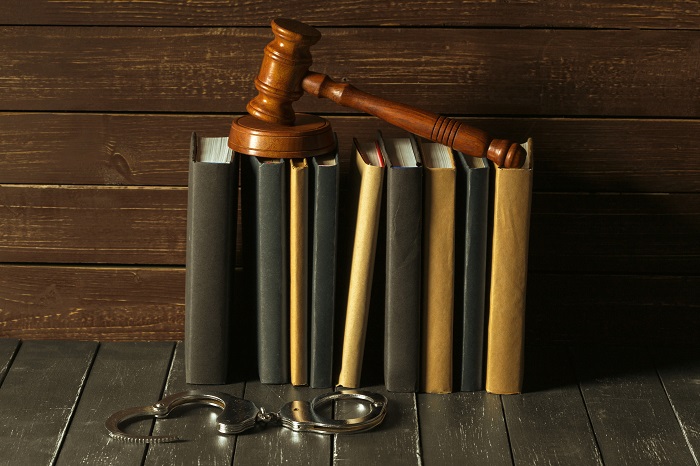 Bail Hearing: How to Prepare For Your Most Important Day in Court | Bail Hearing Lawyer Newmarket

January 14, 2020Criminal Law, UncategorizedComments Off on Bail Hearing: How to Prepare For Your Most Important Day in Court | Bail Hearing Lawyer Newmarket

If you’ve been arrested and charged with a criminal offence in Canada, the issue of bail will be broached. A bail hearing is an important proceeding for every individual who is detained (not released) by the police.

But first, what exactly does bail mean? This is a written permission from court that allows an individual to be out of jail pending their trial or some other outcome in their case – whether that be a guilty plea or a withdrawal of charges. Granting or denying bail rests at the discretion of the court during the accused’s bail hearing.

A person could be denied bail, in which case they will either have to remain in custody pending their trial (which could be months away) or put in an application for an appeal to review the bail decision in the Superior Court.

Getting released on bail allows the individual to go back to their family and prepare for their trial in a stress-free manner. This is why it’s so important to have a good lawyer by your side during the bail hearing.

Vladimir Semyonov is an experienced and affordable bail hearing lawyer in Newmarket, having successfully secured bail approvals for countless clients charged with everything from DUI to sexual assault. Rest assured, Semyonov will do everything in his power to strengthen your case in bail court.

Overview of the Bail Process

When you are in police custody, you will first be booked or processed. During booking, the officer will record your personal information, take your fingerprints and photograph, and confiscate personal effects among other things. You will then be placed in a holding cell.

Post booking, you will be subjected to an arraignment. This is where you are read the formal charges, whereupon you have the opportunity to make arrangements for your release. There are two different scenarios that could play out here.

Number one, for minor offences you may qualify for release on your own recognizance which means you sign a written promise to appear in court at the mentioned date, or,

Number two, a written promise doesn’t suffice, in which case, you will also be required to provide a financial guarantee that you will show up in court. This is “bail” or the amount of money you need to deposit to secure your release from police custody.

If you secure a release on your own recognizance and do not appear in court on the prescribed date, a warrant could be issued for your arrest. Similarly, if the accused posts bail and fails to appear at court on the set date, bail will be forfeited.

What Happens at Bail Court?

While bail proceedings differ from court to court, in general, a bail hearing decides whether bail should be granted to the accused and if so, what amount should be stipulated. For extreme offences, the court could deny your release altogether.

When granting bail, the court will examine certain factors such as the accused’s

– History of alcohol or drug abuse

During the bail proceedings, the Crown systematically details the allegations to court. This is done by a formal reading of the allegations that were present in the police synopsis. The Crown may call upon a witness to testify, in most cases, this witness is the officer leading the investigation.

Following this, the accused’s defence has the opportunity to present evidence and may have the accused and/or their surety testify.

Who is a surety? In some cases, the court may agree to grant bail on the understanding that a surety, person responsible for the accused, pledges to ensure the accused appears at court on the set date and abides by the conditions of the bail order. Essentially, a surety is someone who assumes responsibility for the accused while they’re out on bail.

The court will set the monetary sum for the bail as well as stipulate other conditions that the accused may need to abide by such as limited travel liberties, curfew, revoking gun ownership, drug or alcohol testing, etc.

What Happens After Bail is Granted

When the court has stipulated the bail amount (or percentage), the accused has to pay that amount to the court. So long as they show up at court on the set date, the bail amount will be returned. When bail has been posted, the accused will receive a document that allows for their release.

What Happens if Bail is Denied

The Ontario Court of Justice only allows for one bail hearing. If you’re denied bail, you will remain in custody until your case reaches a resolution, goes to trial or you’re released after getting approved for bail at a bail review hearing in the Superior Court of Justice.

A bail review is an appeal to overturn the decision made at the bail hearing. The accused will have to show either an alteration of circumstance or an error of law on the part of the Justice of Peace who presided over the initial bail hearing.

Highlighting errors in the decision made by the Justice of Peace is a tricky process and has to be handled carefully and competently. That’s why we strongly urge you to contact Semyonov Law, a trusted and experienced criminal defence lawyer who knows the process like clockwork and works to secure the best outcome for you.

Your bail proceeding is one of the most important parts of the legal process as it can make the difference between staying in custody and being released until your trial, which could be several months down the line.

You need an experienced lawyer to represent your rights and interests. Semyonov Law will assist you at your bail hearing to greatly improve your chances of success. As a trusted criminal defence lawyer, Semyonov will prepare you for the questions you’re likely to face from the Crown lawyer and Justice of Peace. In some cases, Semyonov may even be able to negotiate with the Crown lawyer in advance and secure bail on reasonable terms.

Don’t take a gamble when the repercussions are this big. Contact Semyonov Law today and improve your chances of obtaining bail.

« Charged With a Sexual Assault? Remain Calm. A Criminal Defense Lawyer Will Guide You Through the Next Steps. | Domestic Assault Lawyer Newmarket
What You Need to Know About Getting a DUI in Ontario | Drunk Driving Defence Lawyer Newmarket »