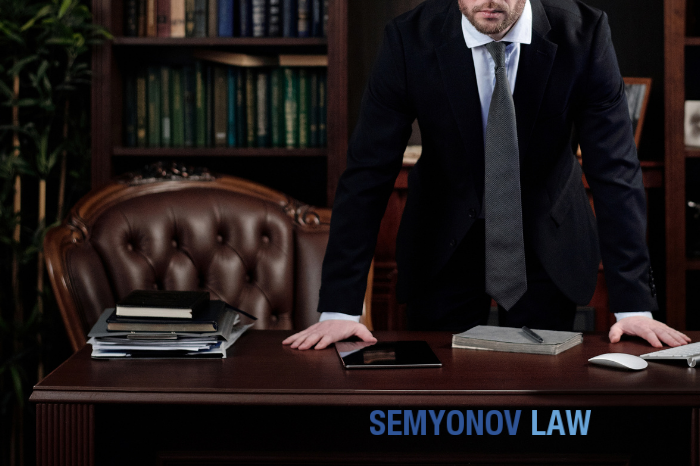 The term ‘Assault’ is a broad term under Ontario’s Criminal Code and can vary from an implied verbal threat to an incident that leaves a person with severe bodily harm. If you or a loved one has been charged with a Domestic Assault charge contact our domestic violence lawyer in Newmarket and surrounding Toronto areas.

Semyonov Law can help you strengthen your case resulting in a favourable outcome. We have the qualified legal expertise to help you urgently fight your charges, eliminating the overwhelming process that occurs with legal procedures.

Mr. Semyonov is a professional domestic assault defence lawyer in Newmarket that will help you navigate the intricate Canadian legal system, mitigating the complexities that can be lengthy and uncertain. Aside from assisting you in prudent and sensitive matters regarding your charges, he will further appear on your behalf at every court or tribunal appearance.

Domestic Assault charges can cause stress and tension between you and your family, and Semyonov Law wants to make your case as smooth as possible. You must be represented justly. Our law firm will work tirelessly to defend your rights.

The imperative to protect you is our highest priority.

Is Domestic Assault a Criminal Charge?

‘Domestic Nature’,  is classified as a ‘Criminal Act’ under  Section 718.2 under the Criminal Code of Canada. ‘Domestic’ can refer to two partners, a parent and a child, siblings, or common-law spouses. It is highly advised to seek legal guidance when you are faced with ‘Domestic Assault’ charges.

Allegations of a domestic assault are taken seriously by the police, the Crown’s Attorney and Ontario courts due to:

If the police officer at the cause of the scene has reasonable grounds on which to believe that a domestic assault has occurred inside the home, the accused person will be arrested. In some circumstances, the victim will be taken to the police station to report a formal statement.

What Happens After You Get Charged?

In cases where a false allegation has been placed, the complainant’s motives can impact the overall credibility of the case. Domestic assault charges that get elevated to a trial proceeding are often short and require few witnesses.

The Crown Attorney solely requires the alleged victim and the officers that were involved in the initial arrest. The Defence Counsel will often call their client and one other witness.

Do Domestic Violence Cases Get Dismissed?

If there is proof beyond a reasonable doubt, the police and/or the Crown will warrant either a singular assault charge or combined charges that might have resulted from the time of the incident; for instance a domestic assault charge with property destruction.

Our experienced legal counsel is skilled in effective defence methods that can help you lead to acquittals, reduce your charges, decrease penalty severities and, in some cases, aid you in a complete dismissal of the charges placed against you.

Here are some of the reasons why your case might get dismissed:

Examining all elements of the accused’s assault charges can determine a more positive outcome. Our firm does not leave any circumstance unexamined because we want to see favourable results regarding all of our clients.

If My Spouse Fails to Show Up in Court, Will the Charges be Dropped?

No, the charges will not be dropped automatically. The Crown Attorney can subpoena the alleged victim and order them to testify in court. If the victim refuses after the request from the Crown Attorney has been made, they can issue a warrant for their arrest.

Once the alleged victim has signed legal documents stating that they will be testifying under oath, the Crown Attorney can use this evidence if the victim changes their story at the time of the trial.

Charged with Assault? – Ensure You Are Represented by A Qualified Domestic Assault Defence Lawyer in Newmarket

You can explain your circumstances to the judge, however, a respected Domestic Assault Defence Lawyer can represent you with professional legal expertise. Every detail is important in building you a strong case, and Mr. Semyonov can provide you with vigilant guidance.

Fight against your charges 24/7 with prudent and timely support. If you or a loved one is facing assault charges in the Newmarket, Toronto or Greater Toronto Area, call us anytime at (647) 292-3377 or contact us at info@semyonovlaw.com.

A sexual assault charge is often tricky to navigate as it usually comes down to one person’s word against the other’s.

The Crown views aggravated assault, domestic assault and sexual assault in a grave light given the far-reaching consequences. In most cases, the police do make an arrest when responding to a domestic or sexual assault incident.

It’s imperative to contact a trusted criminal defence lawyer in Newmarket without delay. If you or a loved one are facing a charge of this nature, and I cannot stress this enough, timely legal assistance is of the utmost importance.

My name is Vladimir Semyonov and I am a sexual assault lawyer in Newmarket, having successfully defended hundreds of individuals using a combination of legal acuity, a wealth of experience and a level of astuteness to detect flaws in the prosecutor’s case.

Depending on the circumstances of your case, and if it comes down to it, I may also be able to work with the plaintiff’s team to negotiate a plea bargain or reduced sentencing.

I also practice as a domestic violence lawyer and use my legal background to guide you through the court proceedings, and improve your chances of coming away with your reputation intact.

In this article, I walk you through what you can expect in the next coming months, and how a lawyer plays a massive role to strengthen your case in court.

Getting Charged With Sexual Assault

This is a distressing time for you, but bear in mind that a sexual assault charge does not always equate to a guilty verdict.

Given that the prosecution team is highly astute and has the legal prowess to build a strong case against you, it’s important to have an equally competent criminal defence lawyer on your side.

If your case goes to trial, the Crown prosecution has to provide evidence that suggests the alleged crime transpired with a doubt.

As your defence attorney, I will carefully examine the details of the arrest and arraignment to ensure that your rights weren’t violated. Any discrepancies in these procedures could lead to the dismissal of your case.

Other similar grounds for dismissal; the interrogating officers forced you to make a self-incriminating statement, the police searched your premises without a warrant or neglected to inform you of your right to speak to a lawyer.

In a majority of cases pertaining to sexual assault, all that is needed to lay a charge is the complainant’s verbal accusation. Because physical evidence is not always present in these types of scenarios, it’s up to the defence to spot improbabilities and inconsistencies in the accuser’s version of events, and rigorously question them to test their credibility.

Using a range of tactics, I investigate if there was any underlying motive for the accusation that delegitimizes its credibility. For instance, it may be found that the complainant laid false sexual assault charges to gain a favourable outcome for another case; divorce settlement, child custody, etc.

Strengthen Your Defence in Court

Contact Semyonov Law, a trusted sexual assault lawyer in Newmarket. Sexual assault charges are treated very seriously in court. We can explain the process, provide support, have evidence that was obtained not pursuant to the law disregarded, and protect your rights. 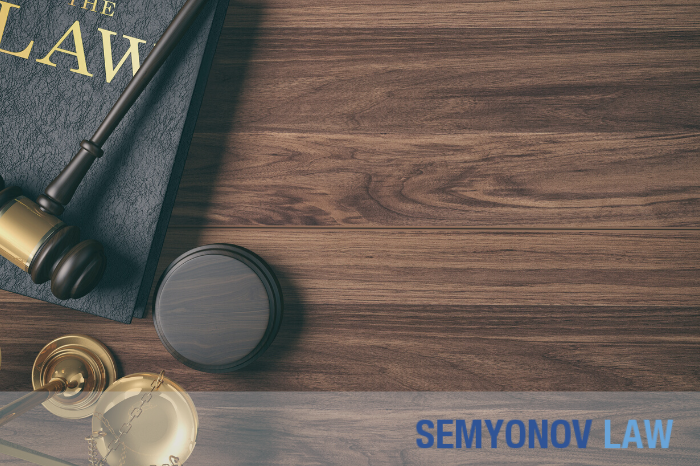 A domestic violence lawyer can be a crucial aid if you are ever charged with an assault. Relying on their help can ease your mind and help you understand all legal matters that are thrown at you.

Semyonov Law is a trusted domestic assault defence lawyer in Newmarket with the experience to provide you with quality legal representation. We’ll keep you regularly updated during this process to provide some much-needed stress relief.

In this article, we cover how a domestic violence lawyer can be a crucial resource if you’re dealing with an assault charge.

Why Do I Need a Domestic Violence Lawyer in Newmarket?

To put it simply, an experienced defence lawyer in has the tools to strengthen your defence and, if it comes down to it, reduce the sentencing. Domestic charges in Ontario carry serious weight and the odds can be stacked against you.

For further context, the Crown has a zero-tolerance policy for domestic assault charges in the Ontario courts. It mandates an aggressive approach to what is defined as spousal abuse, or “domestic assault” allegations. In this case, a “domestic relationship” could point to disputes between people in relationships, a spouse, common-law partners, children, parents, and familial relatives.

The definitions can be specific, a defence lawyer can guide you in such instances. By doing so, you’ll be able to have a strong support system for your case and potentially lessen the consequence of your charge.

Can a Domestic Violence Charge Be Dropped?

The short answer is no. Many people charged with domestic assault, threatening death, or criminal harassment believe that if they explain their innocence and plead their case to the court, the charges can be dropped with a simple apology. This never happens and it’s all the more reason to hire a defence lawyer.

Once a domestic violence charge has been issued, the victim has no authority to drop the charges due to the power of the courts.

A Crown attorney is nevertheless obligated to review each case in detail and consider what position is right for the situation. In the unlikely case a charge is screened for a withdrawal, you will still need to enter counselling or negotiate a peace bond to settle the case.

That is why we stress to our clients that retaining legal counsel as soon as possible will help you deal with any subtle issues, events, and legal issues that may arise right from your case. Alone and without the right knowledge, you might not be able to use the tools provided by the legal system to your benefit.

Why is a Domestic Violence Lawyer Important?

In addition to having the benefit of an experienced lawyer like Semyonov early on, we explain the process clearly to you, represent you on your behalf at court, and settle your bail, if needed, as quickly as possible. After such charges are resolved, a good domestic violence lawyer can help you prepare thoroughly for the prosecutor’s questioning, and will spot inconsistencies and inaccuracies in the complainant’s version of events.

Without any sort of legal representation, you might not be able to step into court with the confidence that you’ve done everything in your power to strengthen your case. Moreover, the

Relying on a defence lawyer means you have someone who negotiates on your behalf with the Crown attorney and finds ways to resolve everything accordingly.

Contact Semyonov Law, a trusted domestic assault lawyer in Newmarket. Domestic assault charges are treated very seriously in court. We can explain the process, provide support, have evidence that was obtained not pursuant to the law disregarded and protect your rights.

Semyonov Law has a wealth of knowledge and experience in criminal defence law. We’ll work to deliver the best results for your case and represent you at any time.