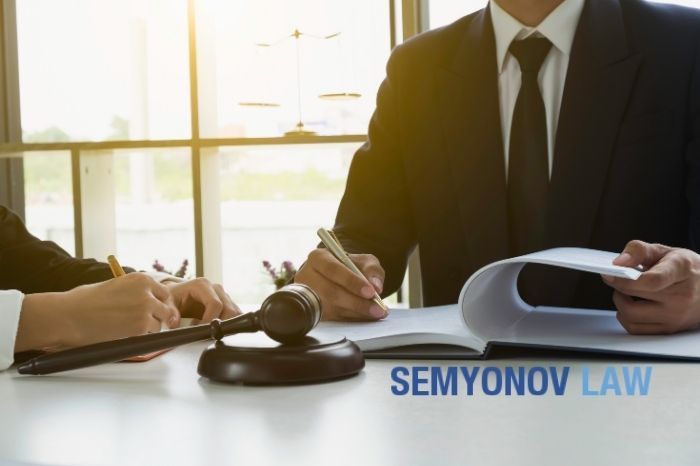 April 8, 2021Criminal LawComments Off on Understanding the Differences Between Self-Defence and Assault Charges | Domestic Assault Defense Lawyer in Toronto

If you have been charged with an assault charge, it is vital that you do not face the complex Canadian legal system on your own. Vladimir Semyonov is a skilled defence lawyer in Toronto that will help your case to improve your chances of a favourable outcome. Aside from having experience in a wide variety of assault charges, he can tailor your defence to your personal circumstances.

At Semyonov Law, we will appear in court on your behalf and allow you to focus on your work and family life while updating you with regular updates on the status of your case. Get tenacious and committed legal help on your side, and contact us if you have been charged with an assault case 24/7.

You need an educated and qualified domestic assault defence lawyer in Toronto that can represent you justly. Under the Criminal Code of Canada, there are numerous types of assault, that if convicted, can have life-changing outcomes for you and your family. Let’s take a look at some of the legal interpretations of different forms of assault, what constitutes acts of self-defence and the details regarding your charges that can result in a positive outcome.

What is “Assault” defined under Canada’s Criminal Code?

(a) “without the consent of another person, he applies force intentionally to that other person, directly or indirectly.”

(b) “they attempt or threaten, by an act or gesture, to apply force to another person, if he has or causes that other person to believe on reasonable grounds that he has, present ability to effect their purpose.”

(c) “while openly wearing or carrying a weapon or an imitation thereof, they accost or impedes another person or begs.”

What are the 3 Levels of Assault in Ontario?

There are three levels of aggravated assault under the Criminal Code of Canada;

Major Assault Level 2 – Under Section 267, a more serious form of Common Assault Level 1 including carrying, using or threatening to use a weapon against someone, or causing bodily harm.

Major Assault Level 3 – Under Section 268, a major assault level 3 is an aggravated assault with wounds, maims, disfiguration or endangerment of the life of another person. Additionally, under Canadian Law, female genital mutilation is also considered a form of aggravated assault.

Major assault levels 2 and 3 are constituted under aggravated assault and, if convicted, would be classified under an indictable offence.

Understanding the right to defend yourself

Self-defence is a complicated circumstance that implies more than just ‘fighting back’. While self-defence can be considered an act of protecting yourself from harm, it also encompasses the prevention of damage to your property and loved ones.

Under Section 34 of the Criminal Code of Canada, the accused person can be found ‘not guilty’ if they can prove that:

There are numerous ways in which the Crown can dismiss charges based on the Canadian Charter of Rights violations, a lack of intent at the time of the incident, the consent for the use of force that occurred as a result of a fistfight or impaired circumstances and the raising of reasonable doubt that raises discrepancies in the case.

Additionally, Semyonov Law can bargain negotiations for reduced charges that can often result in dismissal of charges completely. Justifying an act of self-defence can prove to be difficult if you have limited proof or minimal judicial knowledge.

It is prudent that you enlist our experienced legal counsel who can fight for your innocence and accurately defend your case.

If you have been charged with an assault charge, it is vital that you do not face the complex Canadian legal system on your own. Vladimir Semyonov is a skilled defence lawyer in Toronto that will help your case to improve your chances of a favourable outcome.

« My Canadian Visa Appeal Has Been Denied, What Should Be My Next Steps? | Experienced Immigration Lawyer in Newmarket
Bail Hearings and Sureties in Ontario, What You Need to Know for Success | Experienced Domestic Defense Lawyer in Toronto and Newmarket »